The Franklin Township Police Department’s bicycle unit just had its fleet increased by four bicycles, thanks to the generosity of a Hunterdon County based company.

The owners of Summit Nutritionals International, of Lebanon, were formally thanked for the donation April 14 with a short ceremony at the Hamilton Street headquarters of the department’s Community Relations Bureau.

The donors, Dr. Cesar DePaço and his wife, Deanna Paovani-DePaço, are no strangers to helping out police departments. They’ve made their name in police philanthropy through the donation of about 150 K-9s to departments in the United States and Europe.

The Franklin connection was made through Officer Malcolm Belvin, a member of the bicycle unit, who approached Dr. DePaço about a donation. 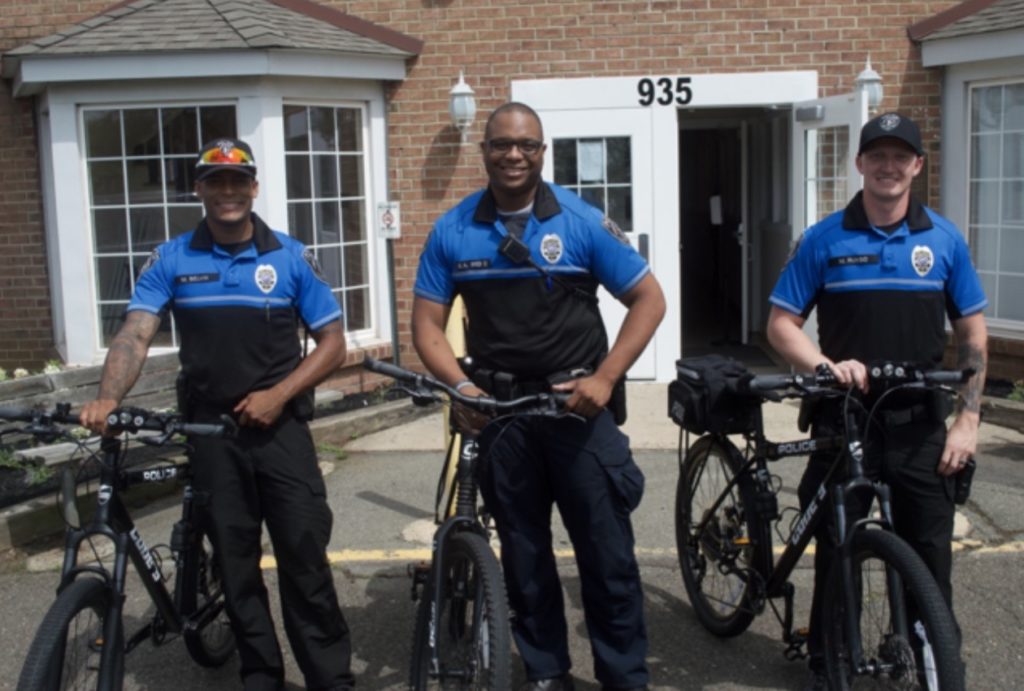 It didn’t hurt that Deanna Paovani-DePaço spent her early years in the township.

DePaço said he was spurred in 2013 to start donating to police departments because of his “love and respect for law enforcement. That’s all.”

“We recognize the challenges that everyone experiences on a daily basis, from the minute they get out of bed to the minute they go to sleep,” Deanna Depaço said. “So the extra support that the law enforcement aspect can receive helps emotionally, helps physically and it helps the community as well.”

“There’s too much backlash and harsh treatment and negative perspective on law enforcement today, even several years ago, and we just hope to open up the realm of thinking that police are good, community is good, the two can work together,” she said.

Public Safety Director Quovella Spruill said that donations such as the DePaços made tell officers that they are being appreciated.

“I believe when we get attention like this, when we get support from benefactors, they realize that the work they are doing is not going unnoticed,” she said. “That’s the best feeling, when you’re recognized. I can praise them all day long, but when it comes from outside, I think it’s extra-special, it means more to them.” 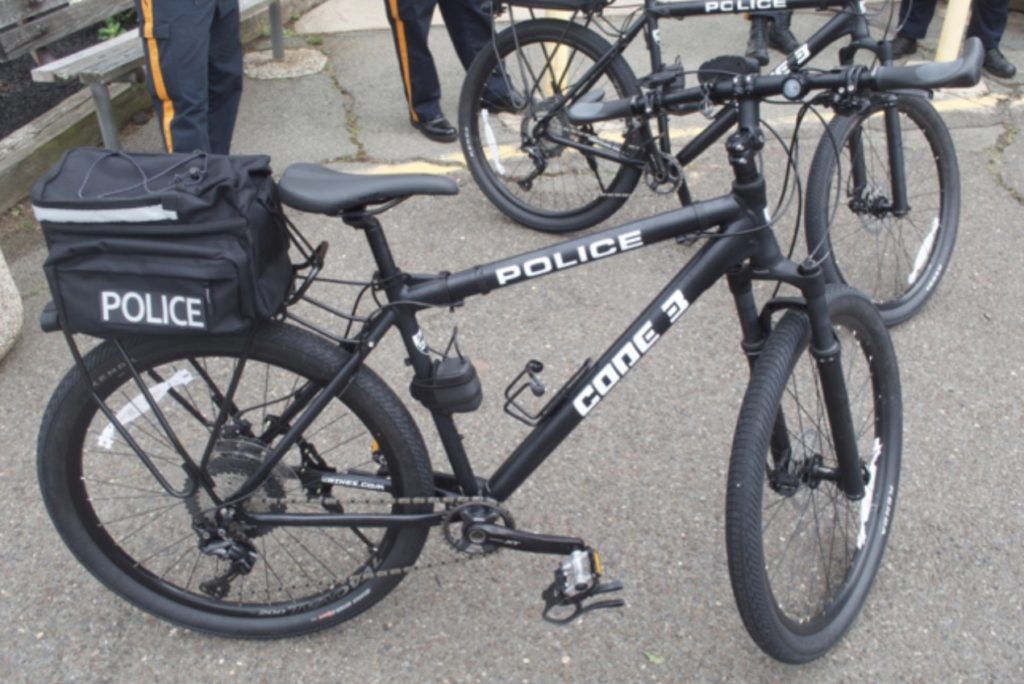 “We love to see the expressions and the feelings,” Deanna DePaço said. “Some of these guys and women … sometimes I’m sure it’s hard to get out of bed. If everyone feels and knows and tangibly sees there are people who have their back, it helps everyone carry on.”

Spruill said the department’s budget is primarily eaten up by salaries, so there isn’t a lot of extra money to buy things such as specially made bicycles for police work.

Those are the departments the DePaços want to work with , Cesar DePaço said.

Spruill said the bicycle patrols help the officers look more relatable to residents. And, she said, they’re not as intimidating as officers rolling up in a police car.

Two of the specially outfitted bikes – complete with flashing red and white lights and sirens – have been delivered, with two more on the way.

Although its began several years ago patrolling primarily Hamilton Street, the bicycle squad now rides throughout the township.